"Once again, we've tracked an unexpectedly busy month for the Victoria area real estate market," said Victoria Real Estate Board President Sandi-Jo Ayers. "With near 800 total sales last month, we came close to the record for sales in a November - which was 892 sales in 1989." Continue Reading... 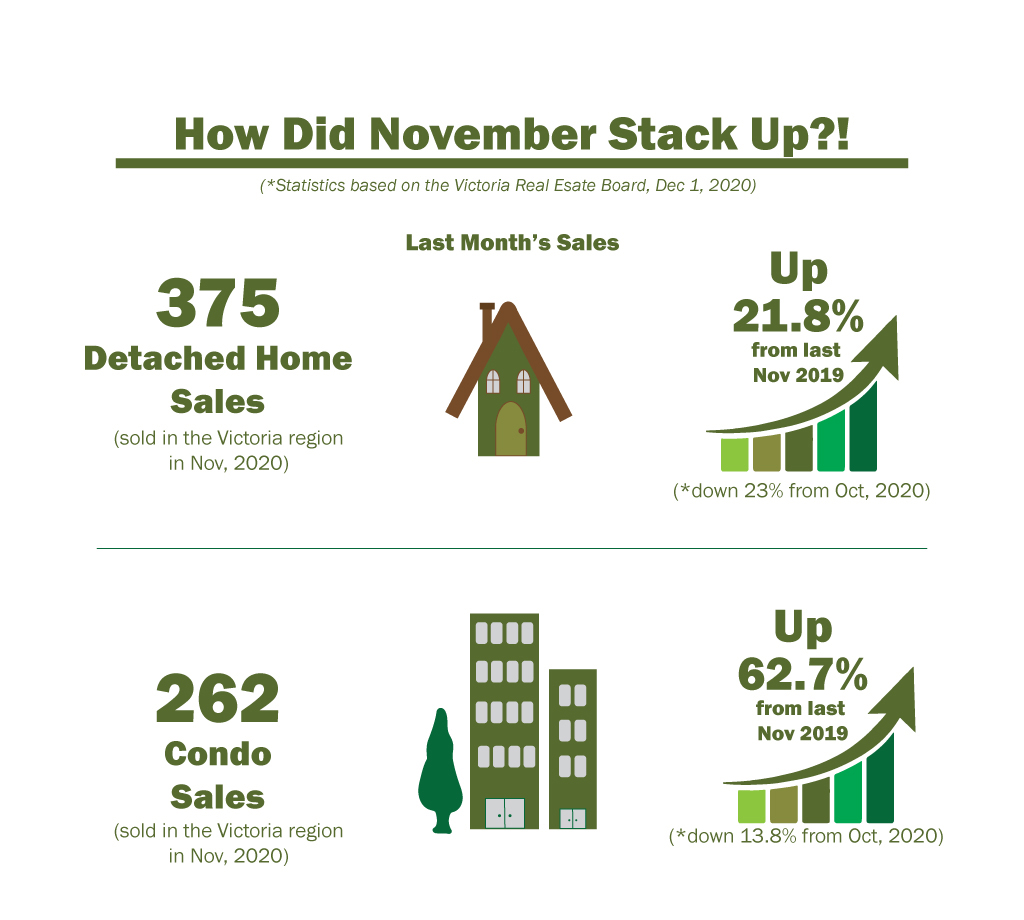 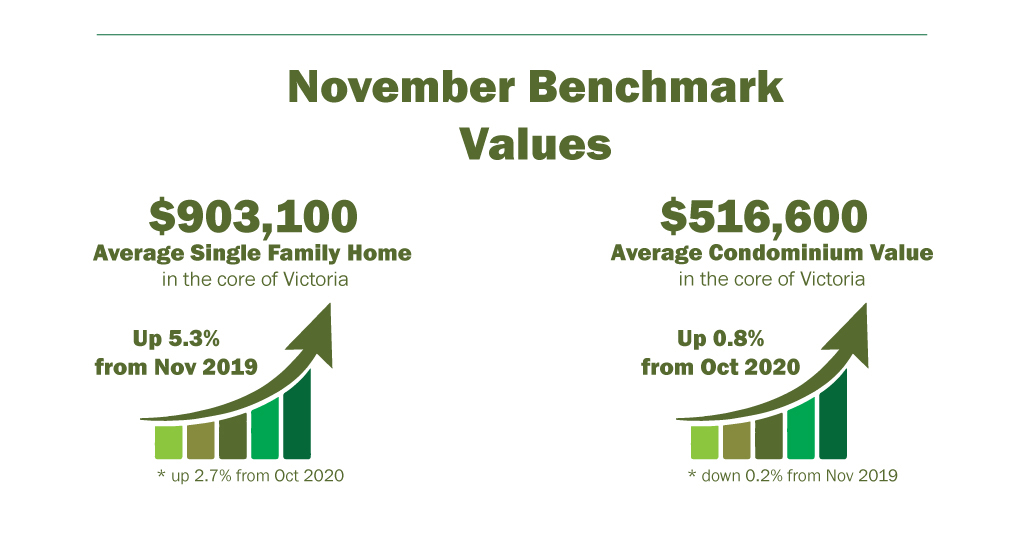 November real-estate sales throughout Greater Victoria maintained a record-breaking streak for a fifth straight month, according to data released by the Victoria Real-Estate Board (VREB).

The month also set all-time average and median highs for single-family-dwellings, landing at a staggering $1,091,019 and $907,000, respectively, over 375 transactions. November was the fifth month in 2020 to yield a single-family-home average above the million dollar mark, which occurred for the first time back in ﻿June﻿, and was the fifth month in a row to yield an all-time sales volume high for each respective month.

“The number of buyers searching for limited single-family-home inventory are pushing values higher, and ultra-low interest rates now in the sub-2% range are further fuelling demand at a time when we’re not seeing many sellers,” says Marko Juras, a Victoria-based realtor.

Sales of condominiums remained relatively flat last month with 262 transactions that yielded an average price of $469,483 and a median of $428,500. The all-time high average for condominiums was set in September of this year at $502,169.

Townhomes, however, which are gaining popularity as the middle ground between condominiums and single-family-homes, saw their valuations set a new price record of $667,142 over 99 sales.

“Townhomes are becoming an affordable option for buyers priced out of the single-family-home market. While we’re not seeing many townhome sales, due to their relative rarity throughout the region, the 99 sales we saw in November was the highest number ever for the month, but even that limited activity helped set a new all-time price average,” Juras said.

Now into the last month of 2020, Juras is quite certain the total valuation of real-estate transactions on southern Vancouver Island for the year will set a new record somewhere in the vicinity of $6.5 billion, surpassing 2016’s record of $6.1 billion. As for December, the realtor says more records are possible.

“We’re on a trajectory to see more records before the year is over, but the Holidays coupled with a low inventory environment might suppress sales that otherwise would have happened earlier in the year.” C